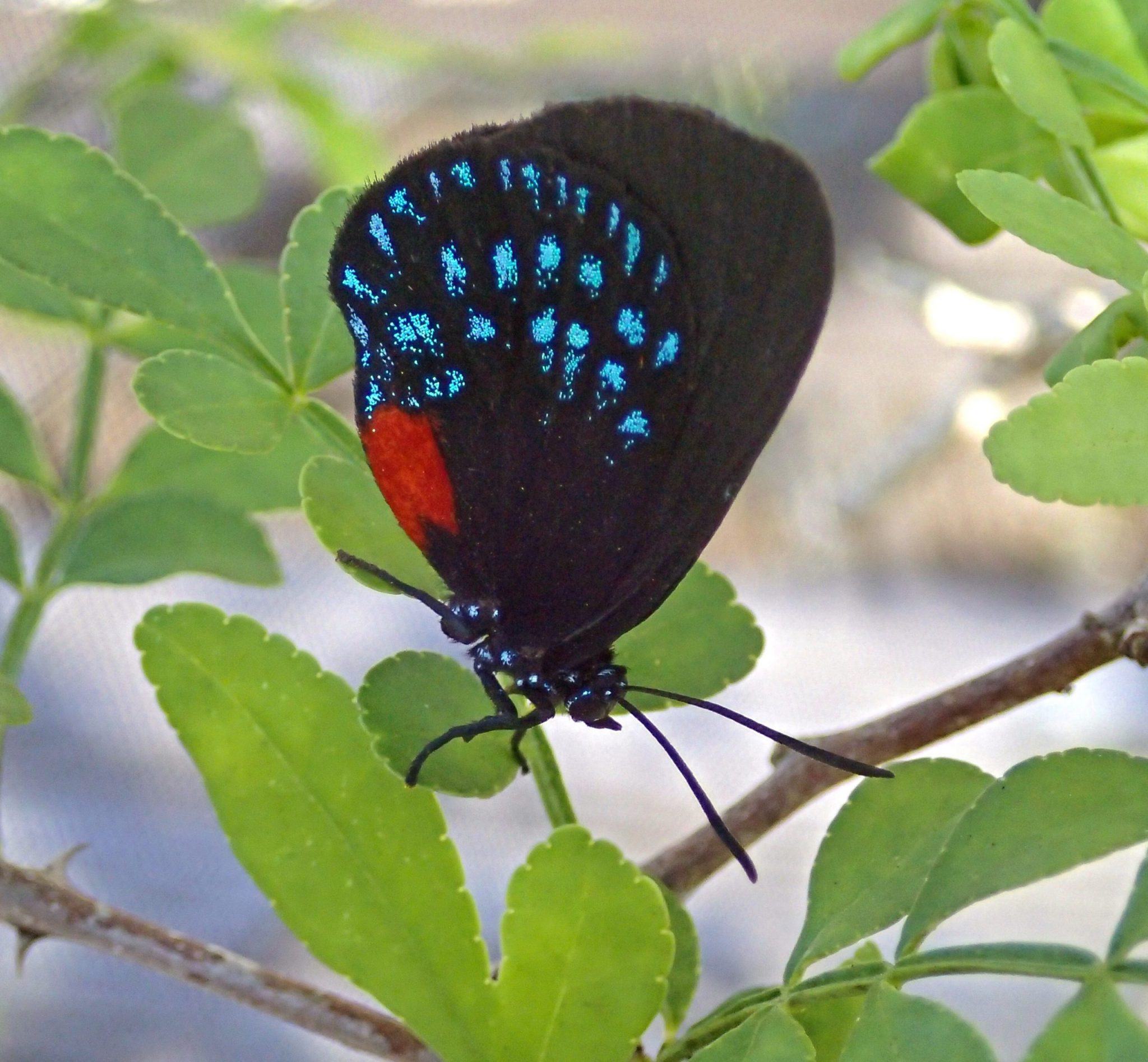 The Atala hairstreak butterfly ranges across the Caribbean and reaches the northern extent of its range in southeast Florida. The caterpillars and adults of this species display red and/or yellow coloration, advertising their toxicity with bright colors. The larvae only eat coontie cycad plant leaves, so when coonties declined from harvesting and habitat destruction during the 19th and 20th centuries, these beautiful butterflies suffered a similar fate.

The Floridian Atala hairstreak subspecies was thought to be extinct for almost twenty years.

In the last half-century, however, the coontie cycad has risen in popularity as a landscape ornamental and the Floridian Atala population rebounded. They are now locally abundant in Miami-Dade, Broward, and Palm Beach counties. We may love colorful butterflies, but we’ll lose them unless we protect the plants they rely on for food. 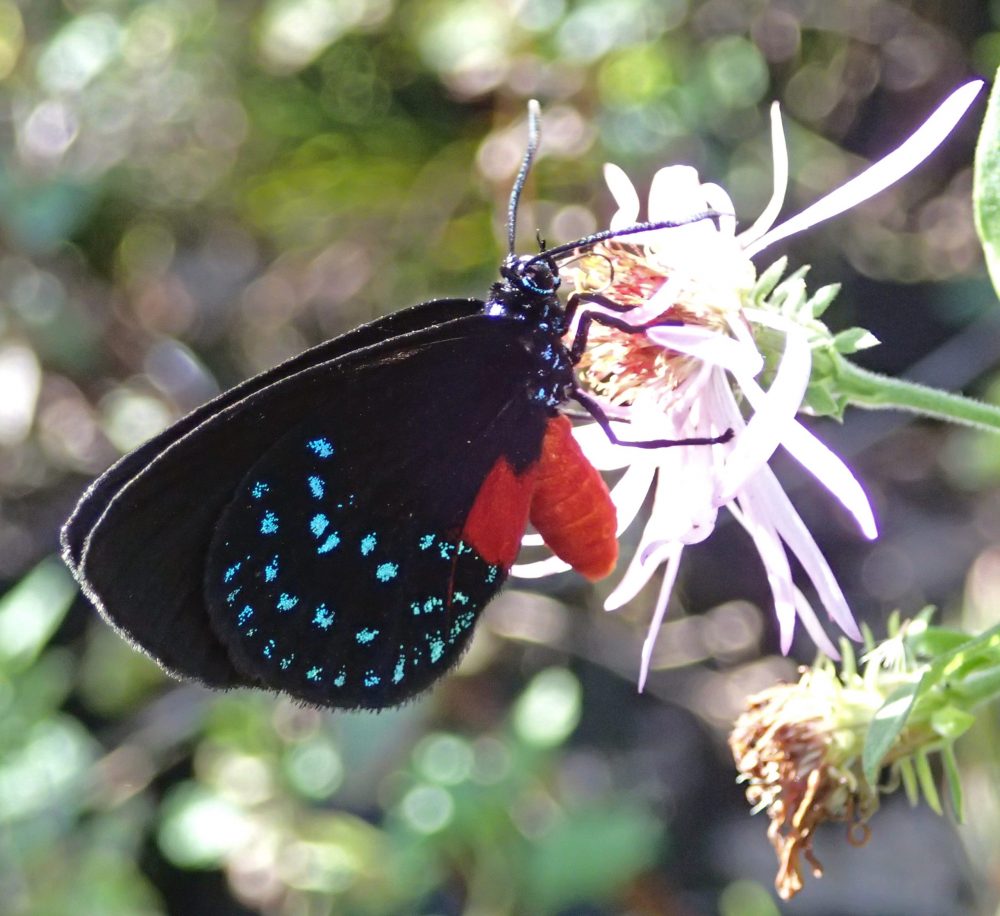