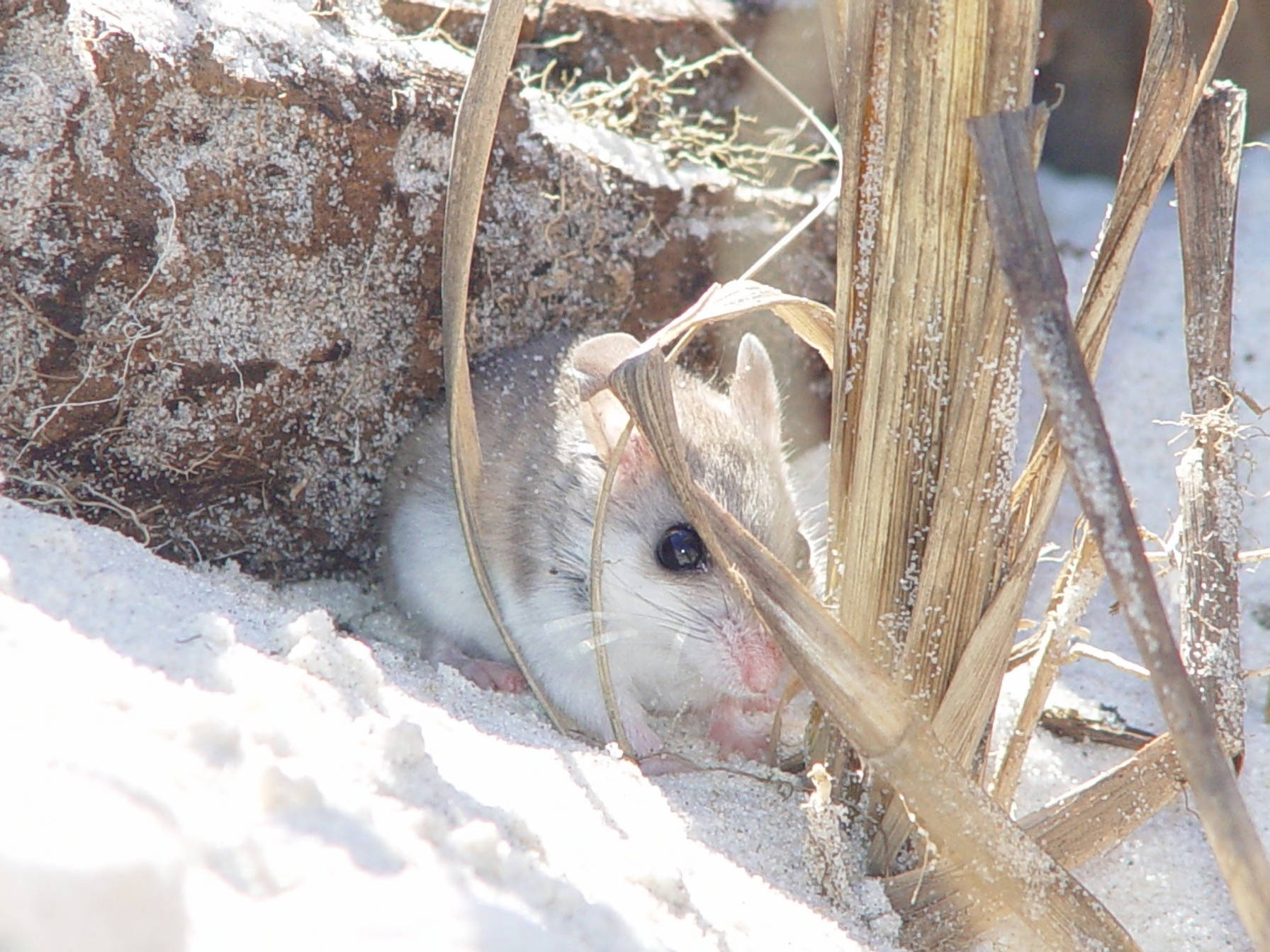 A small endangered mouse that makes its home among the sand dunes, the Choctawhatchee beach mouse is about five inches long from head to tail. With bulgy eyes, a hairy tail and large ears, this rodent is brown with a white belly.

Sleeping during the day and feeding at night, the mouse eats seeds and insects and gives birth to several litters each year. Mother mouse raises the two to seven babies born per litter.

Females are able to give birth after six weeks and this mouse lives approximately 180 days. It uses crab burrows to escape predators, such as roaming domesticated and feral cats. While its historical habitats likely encompassed a wide stretch of the Gulf Coast of the Panhandle, its range is now very limited: Grayton Beach in Santa Rosa County, Topsail Hill in Walton County, and Shell Island in Bay County.

This little native is threatened by development, hurricanes and non-native species such as the house mouse, which originated in Central Asia and is now widespread. With so few Choctawhatchee beach mice remaining and with such small home areas, we need to ensure that the remaining populations are with us for long time to come.