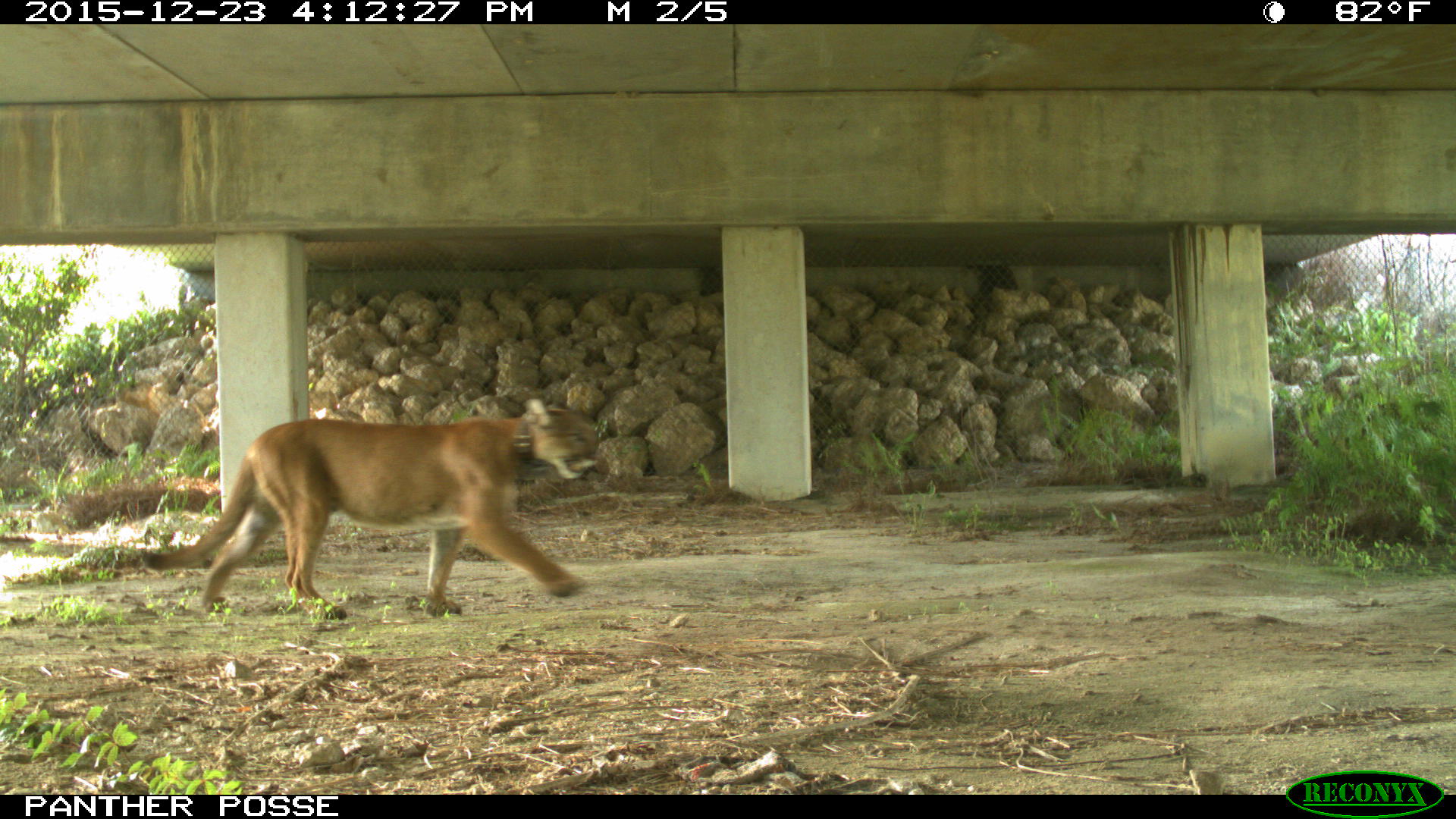 The Florida panther is Florida’s official state animal and has been listed as a federally endangered species since 1967. Historically, the Florida panther roamed across the southeastern portion of the United States—all the way from Florida to Louisiana throughout the Gulf Coast states and Arkansas. Today the breeding population is limited to the southern tip of Florida.

These large predators are carnivores that are skilled at hunting white-tailed deer, feral hogs, other medium-sized mammals and even some reptiles and birds.

Florida panthers utilize a diversity of warm climate habitats, but they are also wide-ranging, solitary, and territorial animals – with males requiring up to 240 square miles for their own territory (That is the equivalent of 97,000 football fields!).

Habitat loss and fragmentation are the greatest threat to establishing and maintaining sustainable populations of the endangered Florida panther. Land development and extensive road networks, destroy, degrade, and fragment panther habitat. Roads play a major role in fragmenting wildlife habitat. In fact, vehicle strikes on Florida’s roads are the leading cause of mortality for panthers. In just the first few months of 2020, there have been 9 panther deaths due to vehicle collisions (and an additional panther killed by a train).

The Florida Wildlife Federation has an ongoing campaign to secure wildlife crossings across Southwest Florida; this will promote habitat connectivity among the region’s public and private conservation lands to ensure the Florida panther has sufficient habitat and ultimately lead to the recovery of the species.