The Florida manatee is one of Florida’s most iconic native species. These gentle giants are found throughout our coastal waters and rivers. Clean water and habitat is critical to the survival of the species, which is why the Florida Wildlife Federation is fighting for stronger water quality standards and habitat conservation.

The Florida manatee (Trichechus manatus latirostris) is a subspecies of the West Indian manatee. It is a large, slow-moving marine mammal with an elongated, round body and paddle-shaped flippers and tail. Manatees are herbivores, feeding solely on seagrass, algae and other vegetation in freshwater and estuarine systems in the southeastern United States. Florida manatees can be found as far west as Texas and as far north as Massachusetts during summer months, but during the winter, manatees congregate in Florida, as they require warm-water habitats to survive.

The Florida manatee is protected under federal law by the Marine Mammal Protection Act of 1972 and by the Endangered Species Act of 1973, which makes it illegal to harass, hunt, capture or kill any marine mammal. The manatee is also protected by the Florida Manatee Sanctuary Act of 1978, which states: “It is unlawful for any person, at any time, intentionally or negligently, to annoy, molest, harass, or disturb any manatee.” 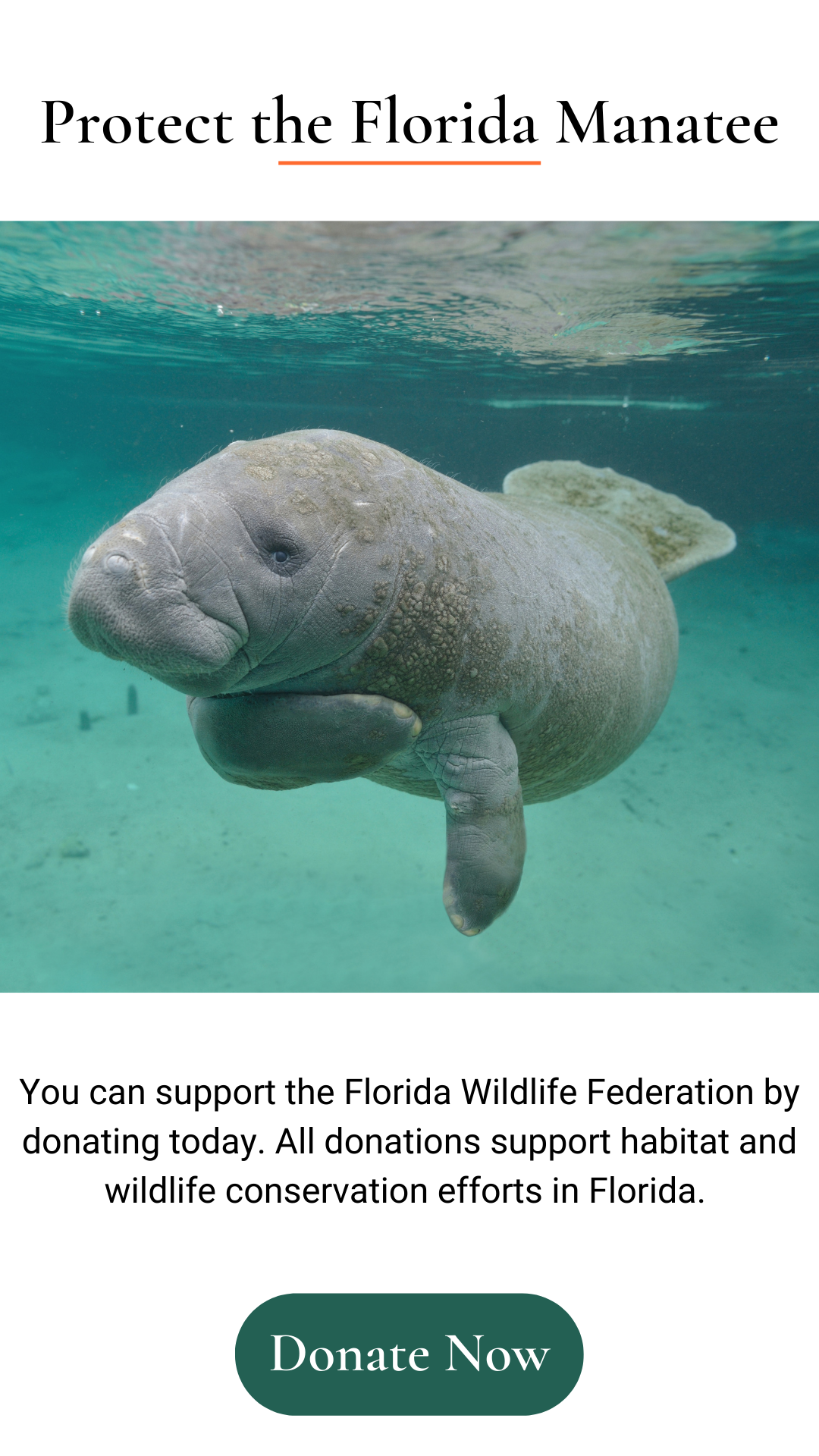 Due to their eating habits, manatees are nicknamed “sea cows” because they eat seagrasses and other aquatic plants.Manatees are capable of eating a tenth of their weight in a 24 hour period. 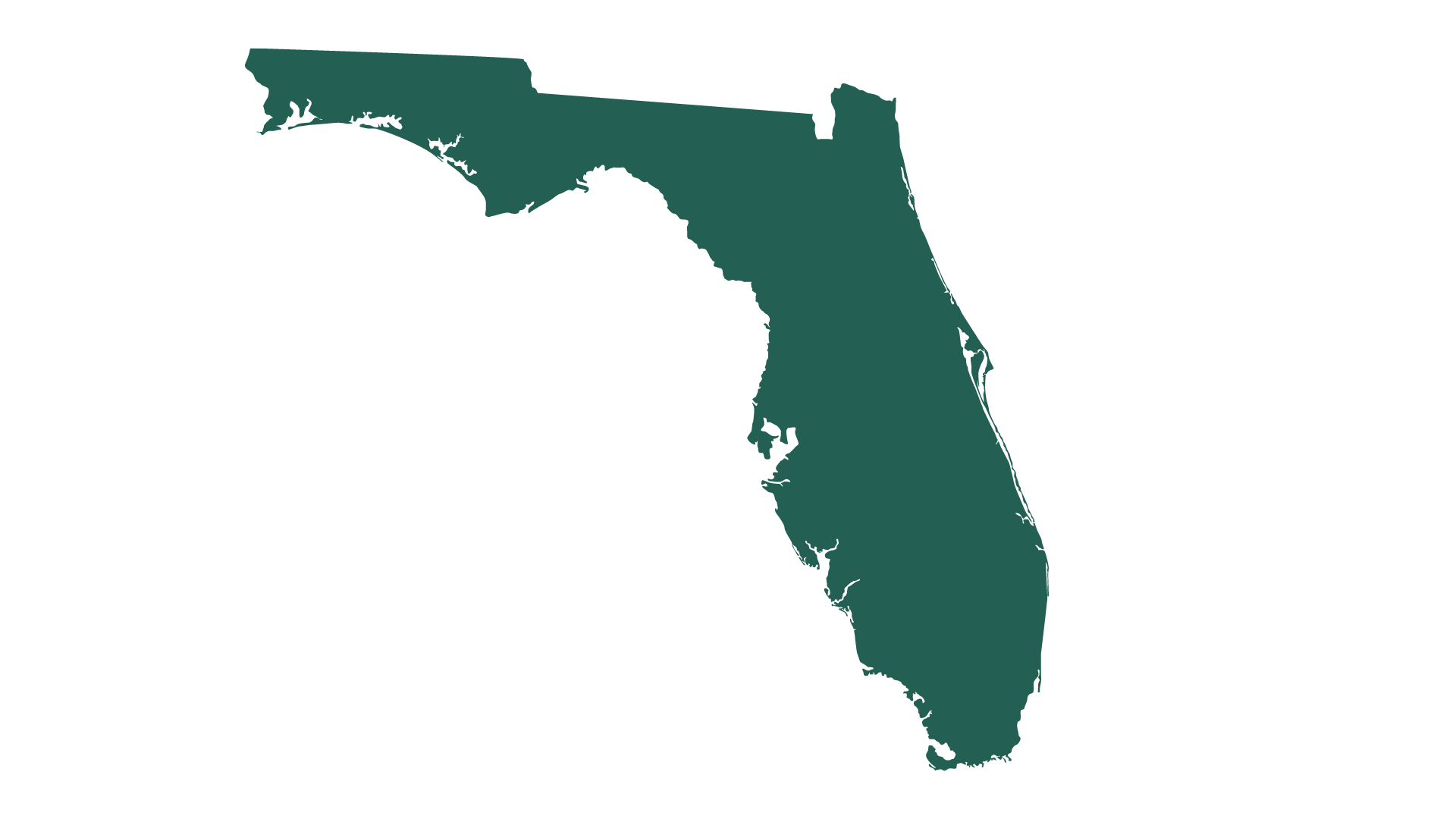 The most significant problems presently faced by Florida manatees are the loss of warm water habitats, and death or injury from boat strikes. Natural threats include harmful algal blooms, cold weather, tropical storms and hurricanes, tidal entrapments, and disease.

The Florida manatee is a subspecies of the West Indian manatee, which, until recently, was listed as endangered under the Endangered Species Act (ESA). However, in 2012, the Fish and Wildlife Service (FWS) received a petition requesting that all West Indian manatees, including Florida manatees and the second subspecies, Antillian manatees, be reclassified from endangered to threatened under the ESA. In April 2017, FWS officially downlisted the species to “threatened.”

Manatees live in marine, brackish, and freshwater systems in coastal and riverine areas throughout their range. They prefer grass beds with access to deep water channels, where they will flee when threatened. Florida manatees can be found throughout Florida for most of the year, they cannot tolerate temperatures below 68° Fahrenheit (20° Celsius) for extended periods of time. During the winter months, cold temperatures keep the population concentrated in peninsular Florida, with manatees relying on warm water from natural springs and power plant outfalls.

Manatees are strict vegetarians, feeding on plants. They prefer submergent vegetation, such as turtle and manatee grass, and will also utilize floating and emergent plants. Manatees require freshwater for drinking.

The Florida manatee is a native species found on all coastlines and rivers. Protections for Florida manatees were first enacted in 1893. Today, they are protected by the Florida Manatee Sanctuary Act, and by the Marine Mammal Protection Act and the Endangered Species Act. Unfortunately, persistent mortality factors continue to deplete the population numbers causing concern for its survival. 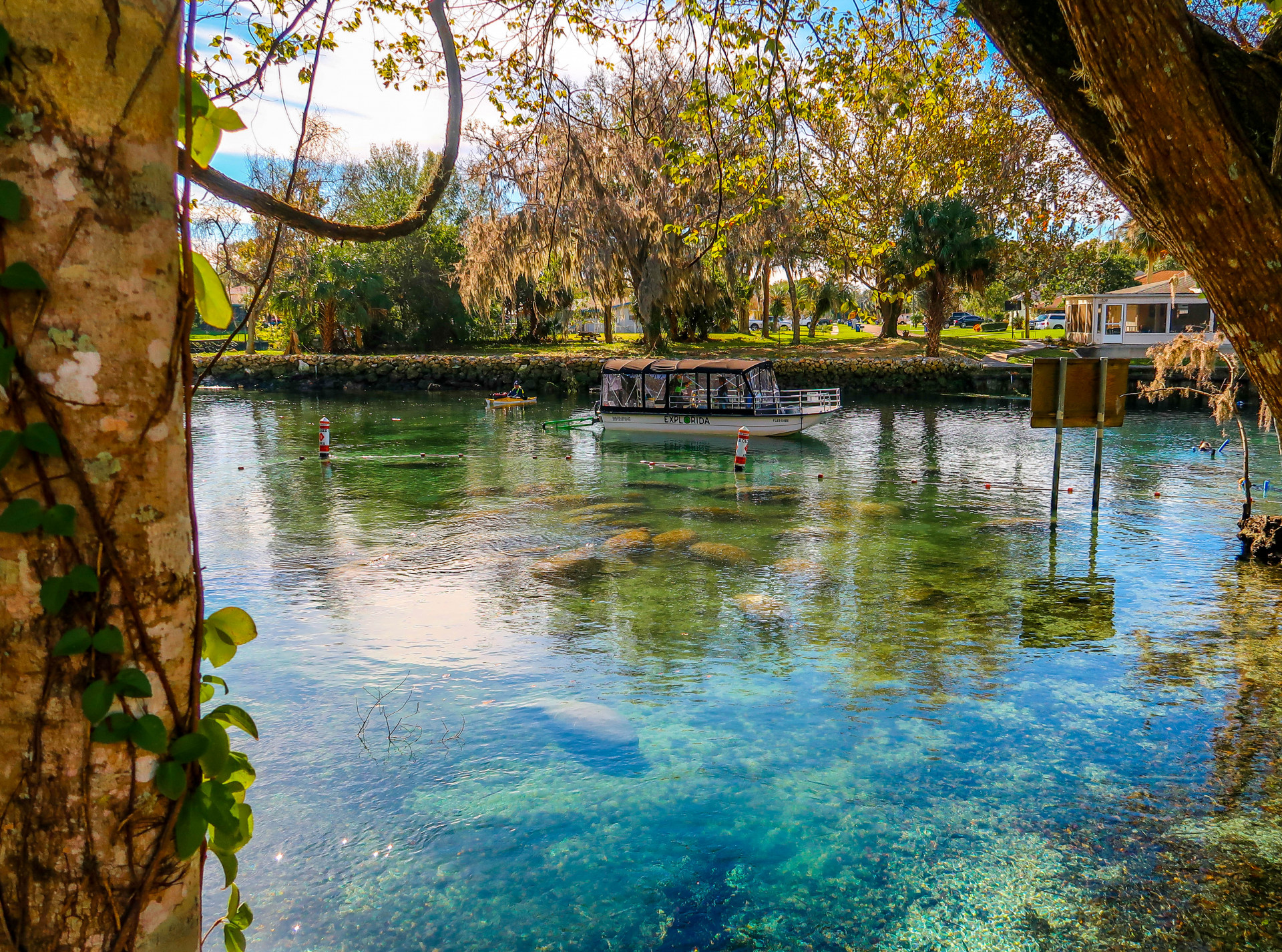 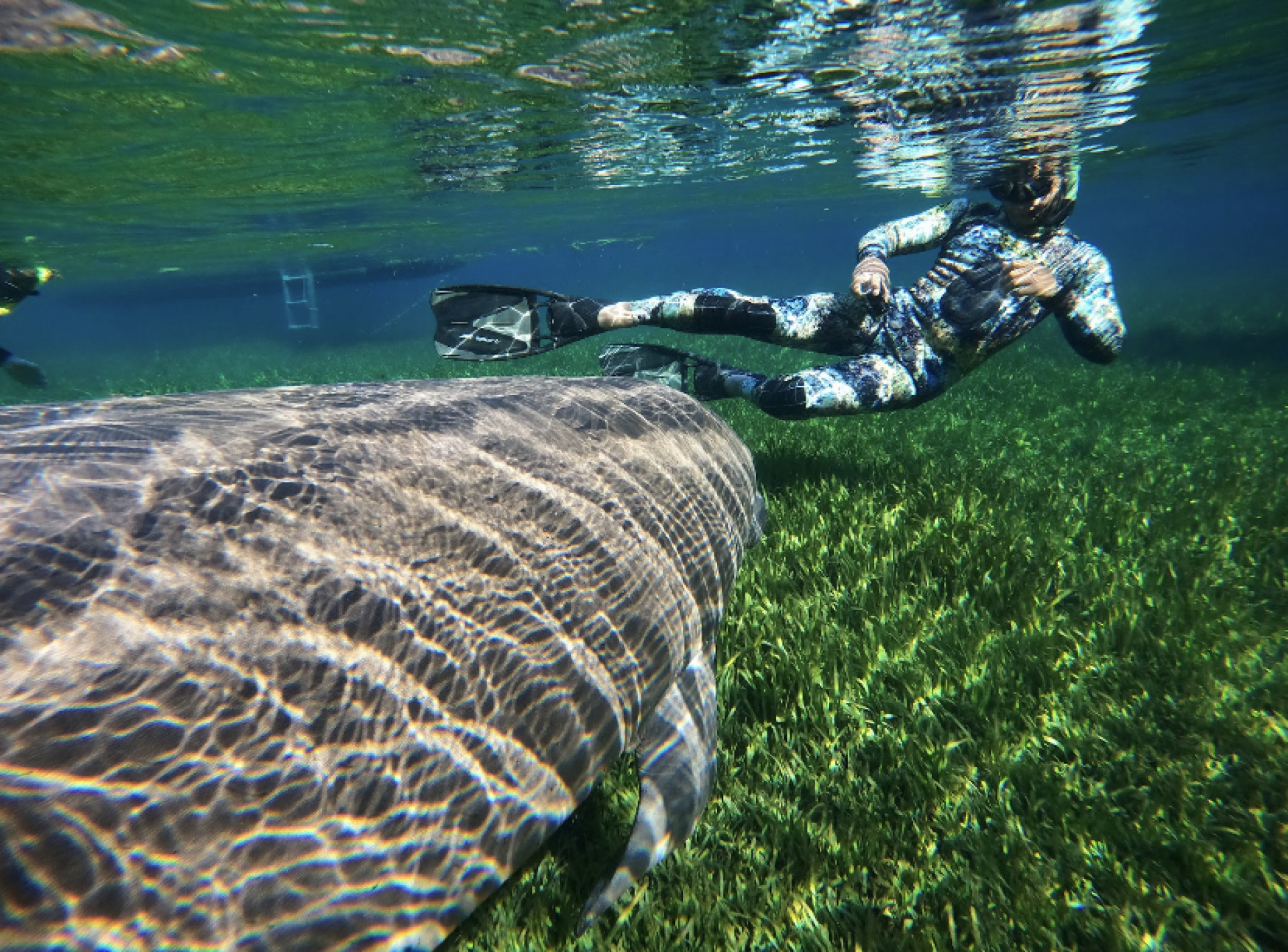 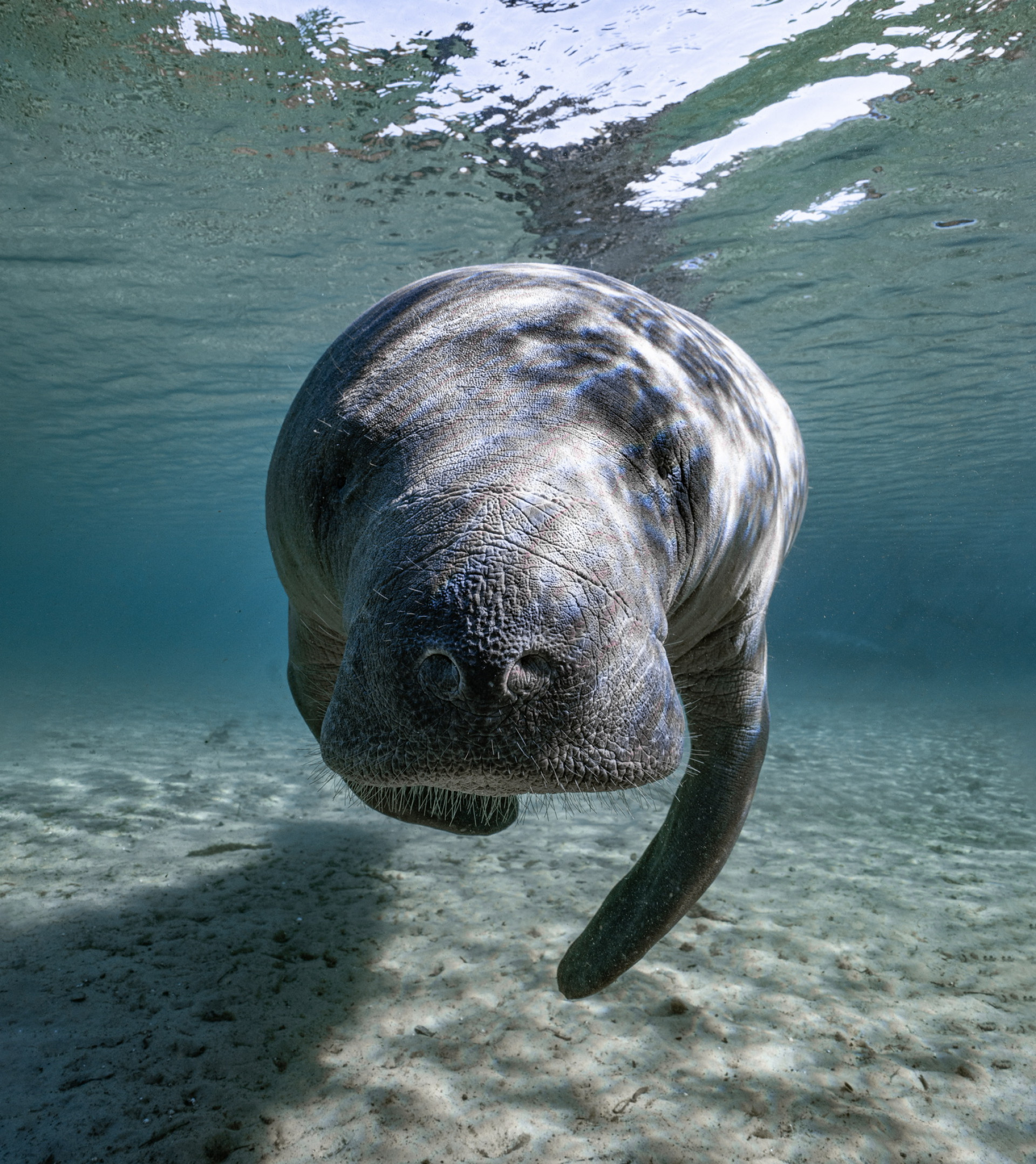 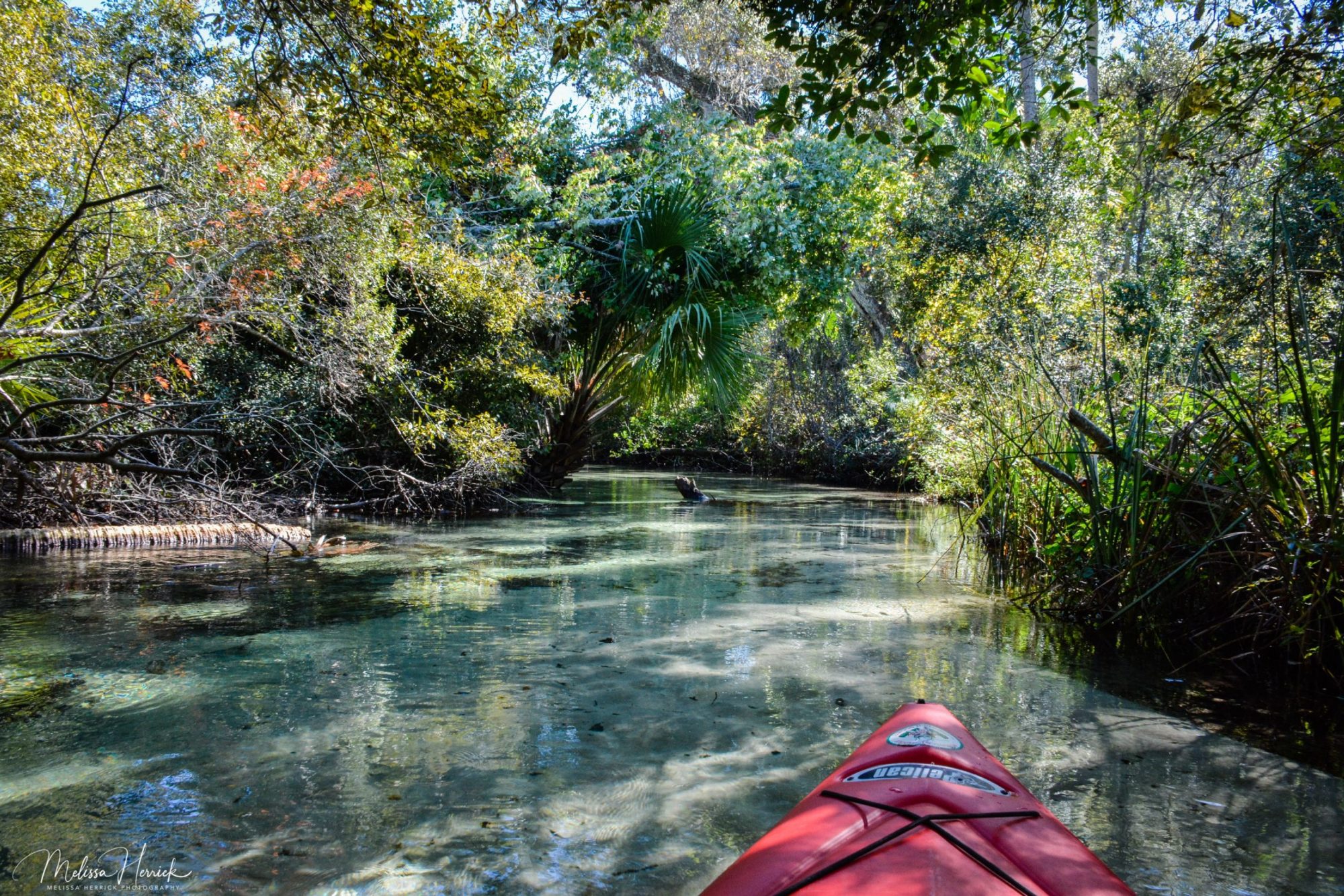 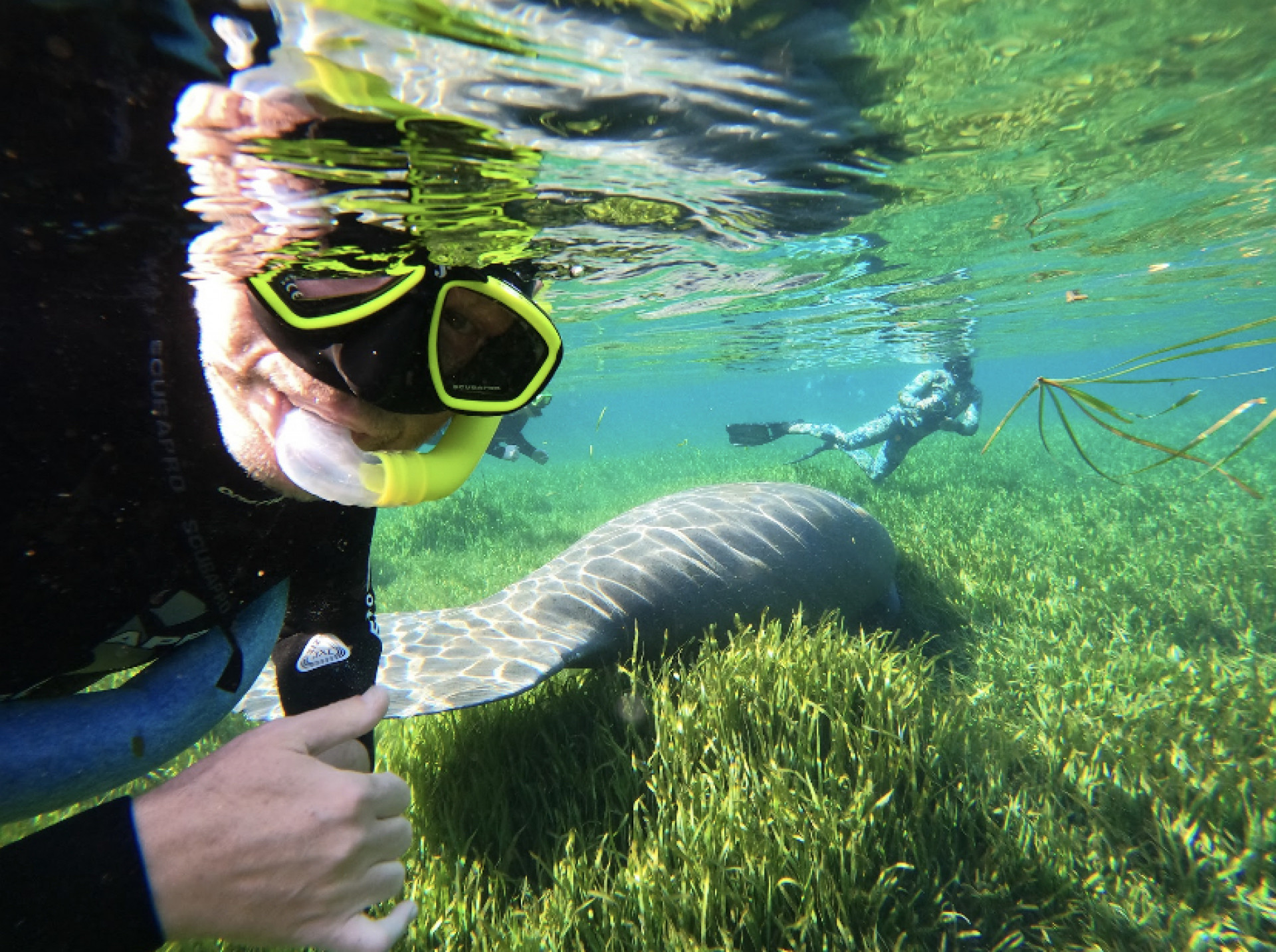 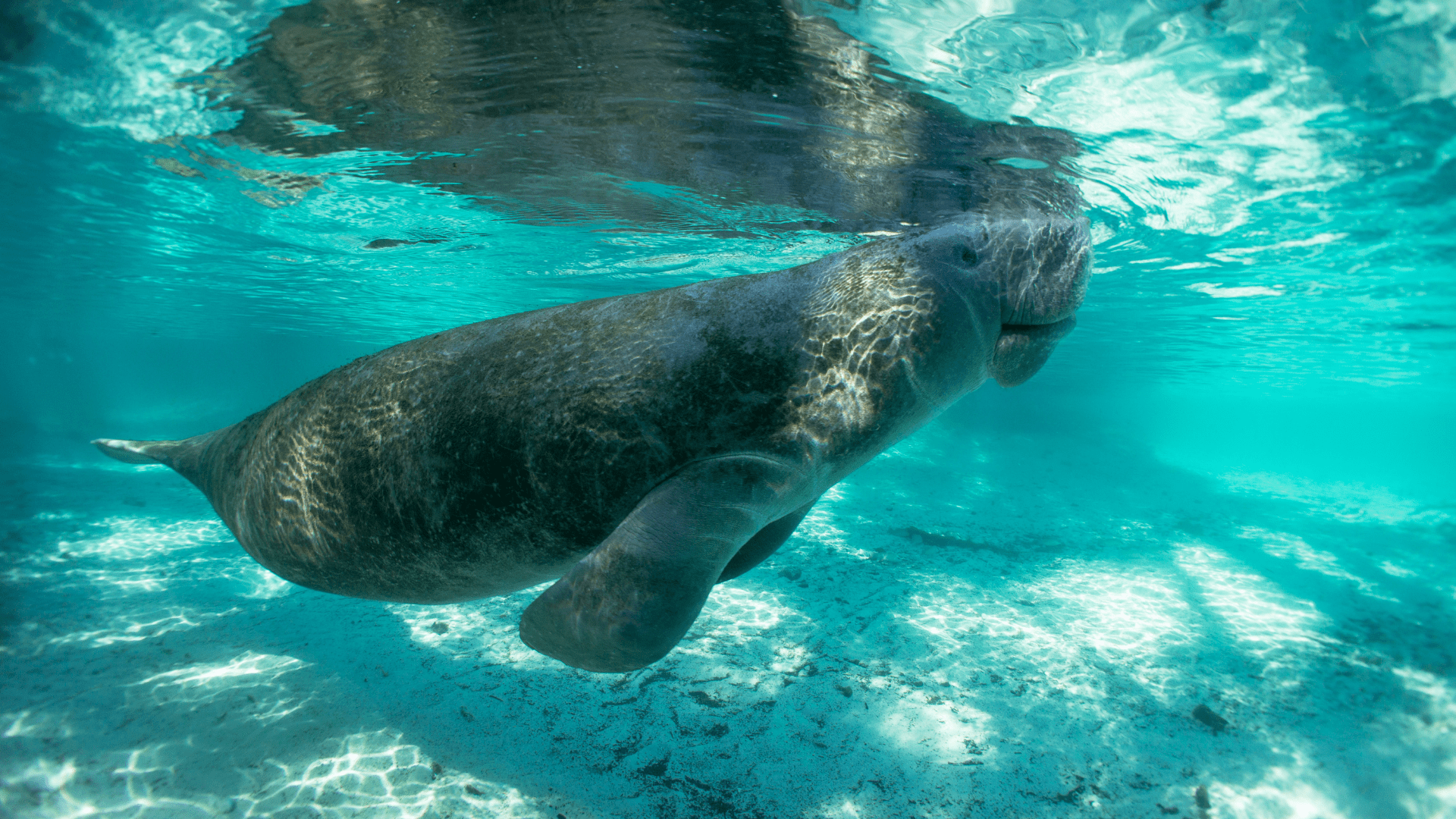 What should you do if you encounter a manatee?

Use your ‘manatee manners’ and practice passive observation. Watch these gentle creatures from a distance and do not attempt to touch, feed or ride them. If you see an injured, dead, tagged, or orphaned manatee, or if you see a manatee being harassed, call 1-888-404-3922, email or text tip@myfwc.com, or use VHF Channel 16 on your marine radio.

How big can manatees get?

Why are manatee deaths rising?

Boat strikes, cold stress, red tide, and loss of habitat are all contributing factors. However, in 2021 starvation has become the leading the cause of death. We are seeing a decline in seagrass beds, the main source of food for manatees, due to poor water quality.

Why are manatees currently considered threatened, not endangered?

In 2017, the federal government downlisted the Florida manatee from endangered to threatened. During the downlisting process, the government relied on scientific evidence predicting the Florida population of manatees would not fall below 4,000 total individuals over the next 100 years.  However, the 2020-2021 Indian River Lagoon winter die-off raises serious concerns about long term manatee survival, especially when another winter die-off is predicted to occur.