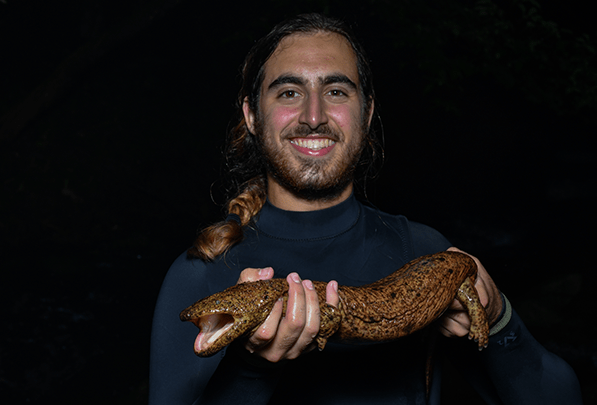 This Creature Feature is a triple feature!

All of the below snakes are often vibrantly colored, and you should consider yourself lucky to find any one of them in your backyard or out on a trail. If you’re unsure of the identity of a snake, the best course of action is to leave it alone! Each snake plays an important role in our ecosystems here in Florida, so we must always refrain from killing native snakes, even if we think they might be venomous. 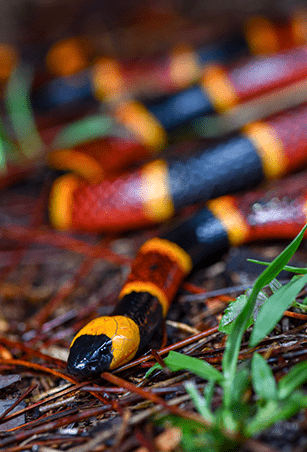 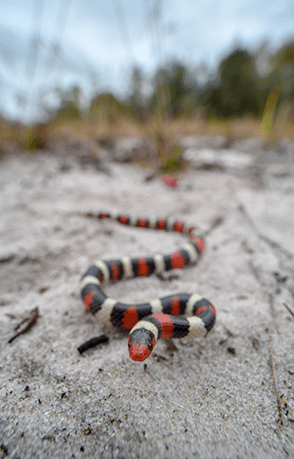 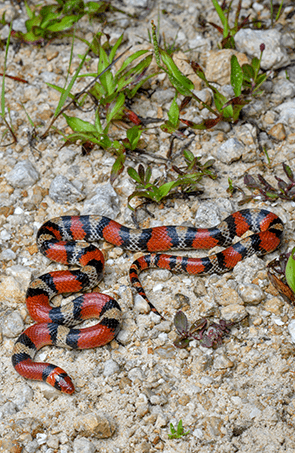 The first picture is the venomous eastern coral snake (Micrurus fulvius) and can most easily be identified by the lack of red on its head. The rhyme “red touching black, friend of Jack, red touching yellow, kill a fellow” often works, but can be confusing and problematic when a snake is moving quickly. Some populations of coral snakes even lack yellow bands altogether, so you could be falsely led to believe that those snakes are harmless! Coral snakes are found in sandy upland habitats but are declining across Florida. They mostly eat other snakes. The eastern coral is one of three coral snakes present in the United States but is the only one found in Florida.

The second picture is a scarlet kingsnake (Lampropeltis elapsoides). These harmless lizard eaters might be spotted on the ground, behind loose bark on slash or longleaf pine trees, or up at the tops of cabbage palms! Their lightest colored rings may be yellow or white, but the red and black rings are always touching.

The last picture is a scarlet snake (Cemophora coccinea). Another harmless snake, these reptiles live underground and specialize in eating the eggs of other snakes and lizards. They use their upturned snouts to burrow into loose soils. The scarlet snake can be distinguished from the scarlet kingsnake by the orange-ish band at the back of their head, and by the fact that their bands do not connect on the underside of the snake. 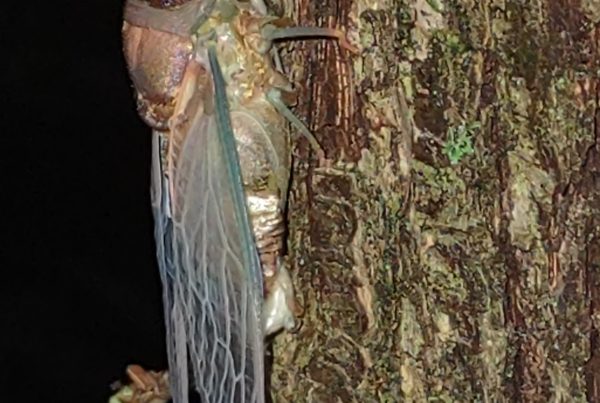